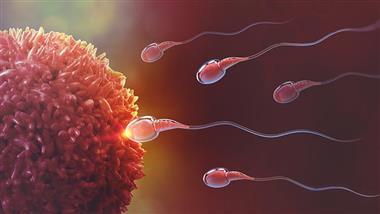 An impending fertility crisis is upon us. Men experienced a 50% to 60% decline in sperm counts from 1973 to 2011, according to a 2017 study published in Human Reproduction Update.1 That study included men from North America, Europe, Australia and New Zealand, but was criticized because it didn’t include global data.

“At that time, there were too few studies with data from South/Central America-Asia-Africa (SAA) to reliably estimate trends among men from these continents,” the research team explained in a 2022 update.2 The new study includes data from 53 countries and an additional seven years3 — 2011 to 2018 — but the results are alarmingly similar.

Total sperm count also declined at an alarming level — 62.3% from 1973 to 2018. “This analysis is the first to report a decline in sperm count among unselected men from South/Central America-Asia-Africa, in contrast to our previous meta-analysis that was underpowered to examine those continents … data suggest that this worldwide decline is continuing in the 21st century at an accelerated pace,” the researchers noted.6

Lead study author Hagai Levine of Hebrew University of Jerusalem’s Hadassah Braun School of Public Health called the findings “a canary in a coal mine,” pointing out that sperm counts are not only an indicator of fertility but also men’s health overall. Low sperm count is associated with an increased risk of chronic disease, testicular cancer and decreased lifespan.7

“Overall, we’re seeing a significant worldwide decline in sperm counts of over 50% in the past 46 years, a decline that has accelerated in recent years,” Levine said. “… We have a serious problem on our hands that, if not mitigated, could threaten mankind’s survival. We urgently call for global action to promoted healthier environments for all species and reduce exposures and behaviors that threaten our reproductive health.”8

Could Sperm Counts Decline to Zero?

Shanna Swan at the Icahn School of Medicine, Mount Sinai, New York, who was also involved in the study, warned in 2021 that if the curve of declining sperm counts from the 2017 study continues, by 2045 the median sperm count will be zero. “It is speculative to extrapolate, but there is also no evidence that it is tapering off. This means that most couples may have to use assisted reproduction,” she said.9

Now, however, declining sperm counts have accelerated. Swan’s book, “Count Down,” goes into detail about how the modern world not only is threatening sperm counts but also altering reproductive development in males and females,10 and in so doing “imperiling the future of the human race.”11

An alarming synergy is occurring as well, which “Count Down” dubs “the 1% effect,” because sperm count, testosterone and fertility are dropping, and testicular cancer and miscarriage are rising, all at about 1% per year.12 Erectile dysfunction and the rate of gestational surrogacy are also increasing by about 1% a year, while the global total fertility rate dropped by close to 1% from 1960 to 2018.13

All of these concerning reproductive changes occurring in unison are not a coincidence, according to Swan. “They’re just too synchronous for that to be possible,” she wrote in Scientific American.14 While there are likely a whole host of factors contributing to this reproductive calamity, Swan believes we can rule out genetics, because the decline in sperm count is simply too rapid.

While the featured study did not address potential causes of sperm count declines, Levine stated that disturbances to reproductive development during fetal life are involved and “lifestyle choices and chemicals in the environment are adversely affecting this fetal development.”15 Swan added in a news release:16

“The troubling declines in men’s sperm concentration and total sperm counts at over 1% each year as reported in our paper are consistent with adverse trends in other men’s health outcomes, such as testicular cancer, hormonal disruption, and genital birth defects, as well as declines in female reproductive health. This clearly cannot continue unchecked.”

In the After Skool video above, Swan examines the role of environmental toxins in reproductive health. It was 1992 when Swan first heard about a potential decline in fertility among humans. A study published in the BMJ that year had found evidence for decreasing quality of semen over the past 50 years.17

She thought it sounded pretty extreme, and maybe it wasn’t true, so she spent six months looking into it and evaluating the 61 studies included in the review. It turned out the decline was real and Swan directed her studies over the next two decades to unravel this disturbing trend.

Endocrine disrupting chemicals (EDCs) in the environment are a key culprit, as they’re known to mimic and disrupt hormones. A class of chemicals called phthalates, which are so ubiquitous that the U.S. Centers for Disease Control and Prevention has stated “phthalate exposure is widespread in the U.S. population,”18 may be particularly to blame.

They exposed the sperm to doses of two types of environmental chemicals, diethylhexyl phthalate (DEHP) and polychlorinated biphenyl 153 (PCB153), currently found in the environment. The result was reduced sperm motility and increased DNA fragmentation. Study author Rebecca Sumner, a developmental biologist at the University of Nottingham, said in a news release:21

“We know that when human sperm motility is poor, DNA fragmentation is increased and that human male infertility is linked to increased levels of DNA damage in sperm. We now believe this is the same in pet dogs because they live in the same domestic environment and are exposed to the same household contaminants.

This means that dogs may be an effective model for future research into the effects of pollutants on declining fertility, particularly because external influences such as diet are more easily controlled than in humans.”

The researchers believe dogs may act as a “sentinel” for declines in male fertility and that manmade chemicals used widely in home and work environments are the likely culprit.

Phthalate syndrome refers to a number of disturbances to male reproductive development that have been observed after exposure to phthalates in utero.22 According to Swan:23

“After conception, in utero is the most sensitive time for the development of almost everything … the building blocks of what’s going to be the reproductive system are really laid down early in the first trimester …

In studies on rats, it’s been found that when a rat that’s been gestating in a mother rat fed phthalates during the sensitive periods of reproduction, his genitals end up smaller and less developed, his testicles might not be fully descended, his penis may be smaller, and the whole size of the genital area is smaller.24,25

Research by Swan and colleagues found that women’s exposure to phthalates during pregnancy is also linked to male babies’ anogenital distance (AGD) — the distance from the anus to the base of the penis — with higher exposure associated with shortened AGD.26 Later in life, shorter AGD is linked with a smaller penis27 and poorer semen quality, such that Swan believes AGD at birth is predictive of adult reproductive function.28

EMFs May Also Be Involved

I believe electromagnetic fields (EMFs) are another significant factor for the observed decrease in male sperm count. Martin Pall, Ph.D., discovered a previously unknown mechanism of biological harm from microwaves emitted by cellphones and other wireless technologies via voltage gated calcium channels (VGCCs) embedded in your cell membranes.29

VGCCs are activated by microwaves, and when that happens, about 1 million calcium ions per second are released. This massive excess of intracellular calcium then stimulates the release of nitric oxide (NO) inside your cell and mitochondria, which combines with superoxide to form peroxynitrite.

During a 2013 children’s health expert panel on cellphone and Wi-Fi exposures, it was noted, “The testicular barrier, that protects sperm, is the most sensitive of tissues in the body … Besides sperm count and function, the mitochondrial DNA of sperm are damaged three times more if exposed to cellphone radiation.”30

Writing in Clinical and Experimental Reproductive Medicine, researchers noted that many in vivo and in vitro studies have revealed the EMF exposure can alter reproductive function, including sperm motility, with effects varying according to the frequency, duration of exposure and strength of EMFs.31

How to Protect Your Fertility

For those interested in protecting their own fertility — and that of future generations — as much as possible, reducing your EMF exposure and avoiding hormone-disrupting chemicals are essential. To help cut down on EMF exposure, connect your desktop computer to the internet via a wired connection and be sure to put your desktop in airplane mode.

Further, shut off your home’s Wi-Fi when not in use, especially at night when you are sleeping. Ideally, however, it is best to work toward hardwiring your house so you can turn off the Wi-Fi at all times.

Swan recommends additional solutions for reducing your exposure to EDCs, like eating unprocessed foods that you cook yourself as much as possible to reduce your exposure to plastic food packaging, and using only simple, nonscented personal care and household products.

While the alarming rates of sperm count decline are worrying, the good news is that phthalates are nonpersistent chemicals. They leave your body quickly in a matter of four to six hours after exposure. So, if people stop using them, exposure to EDCs in utero will also stop, as will the further exposure that occurs during childhood. This would start humans on the road to healing fertility damage, instead of accelerating it as is currently occurring.