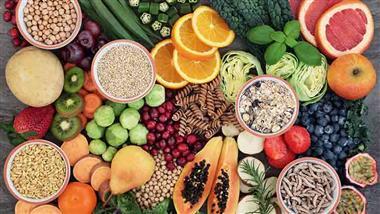 Doctors have a lot to say about how people can avoid catastrophic health events like strokes and heart attacks, but scientists in New Zealand recently perused thousands of studies spanning more than 40 years and identified a nutrient that can be a genuine game-changer in the alleviation and prevention of many diseases: fiber.

Researchers from the University of Otago conducted their review to verify why fiber has such a stellar reputation in helping to maintain overall health. They scrutinized 185 observational studies, which involved 135 million person-years and 58 clinical trials, comprising 4,635 adult participants.

Results of the study, published in The Lancet, revealed that people who make a habit of eating high amounts of dietary fiber are 15 to 30% less likely to die prematurely from any cause compared to people who include the least amounts of fiber.1

The researchers also disclosed that eating foods containing lots of fiber is directly correlated to a 16% to 24% lower incidence of stroke, Type 2 diabetes and heart disease, as well as colorectal cancer.

According to the Atlanta Journal Constitution, the authors noted that the impact could translate to 13 fewer deaths and six fewer cases of coronary heart disease per 1,000 participants, and that eating plenty of high-fiber foods is also linked to decreased weight and optimized cholesterol levels.2

The Lancet study wasn’t the first to show how important fiber consumption is. A 2014 study published by the American Journal of Epidemiology showed much the same thing: that a 10% reduced risk for all-cause mortality was observed for every 10 grams of fiber participants added to their overall fiber intake.3

A Call for Nutrition Guidelines to Emphasize Fiber Intake

The scientists in New Zealand used only healthy participants so their findings couldn’t be applied to people with existing chronic diseases. Jim Mann, a professor at the university and corresponding study author, noted several significant findings in regard to increased fiber consumption and the reduced risk of disease and death. According to Mann:

“The health benefits of fiber are supported by over 100 years of research into its chemistry, physical properties, physiology and effects on metabolism. Fiber-rich whole foods that require chewing and retain much of their structure in the gut increase satiety and help weight control and can favorably influence lipid and glucose levels.

The breakdown of fiber in the large bowel by the resident bacteria has additional wide-ranging effects including protection from colorectal cancer.”4

Besides looking at the causes of premature deaths from certain cancers, the researchers focused specifically on cancers associated with obesity, such as endometrial, esophageal, breast and prostate cancers, the study stated.

In recommending a healthy amount of fiber to consume, the authors noted that for every 8 grams of increased fiber intake per day, the study subjects showed a 5 to 27% decrease in incidences of Type 2 diabetes and colorectal cancer. Protection against stroke and breast cancer also increased.

So how much fiber is recommended to optimize your health? According to the study, consuming 25 to 29 grams every day is merely adequate; their data indicated that higher intakes would be more protective, and therefore advised. Further, diets stressing a low glycemic index and low glycemic load, besides allowing added sugars, were shown to provide limited protection against Type 2 diabetes and stroke.

Mann emphasized that findings from the study point to a dire need for a change in nutrition guidelines to focus on an overall increase of fiber intake, not just because it’s “good for you,” but because it’s shown to literally change the dynamics of disease.

One thing to note is the mention that bacteria in your gut impacts so much of your overall health, not to mention your ability to maintain a healthy weight and fight off disease. It’s no secret that I believe gut bacteria to be a huge key to health, and maintaining a good balance of bacteria to ensure a healthy microbiome is crucial to many aspects of health, particularly for those fighting cancer.

Brush Up on Your Fiber Knowledge, as Well as Your Intake

There are two different types of fiber, and both are important. Soluble fiber easily dissolves in water and becomes gel-like in your system, acting as a sponge in some respects, as it moves into every crevice of your colon and helps to slow your digestion while also slowing the rate at which other nutrients are digested. The positive effects of soluble fiber come from actions that it both fosters and prevents.

Insoluble fiber, which does not dissolve, stays basically intact as it moves through your colon. Besides being completely devoid of calories, it helps prevent constipation because it “gathers” the byproducts and fluids you don’t want; it forms the waste that will eventually — and optimally — leave your body in the form of waste.

According to the Academy of Nutrition and Dietetics,5 25 grams of fiber per day is sufficient for women, while 38 grams is recommended for men. However, in my opinion, this is one case where more really is better: My recommendation for daily fiber intake is 25 to 50 grams per 1,000 calories consumed.

How Fiber Works, Which Kinds Are Best and What to Avoid

Offering a synopsis of how fiber works in your body, Mann noted that when you eat fiber-rich foods that require extra chewing, and which also retain their basic structure in your gut, it can accomplish several goals. It satisfies food cravings and contributes to weight control, while positively impacting your lipid and glucose levels.

As bacteria break down fiber in your large intestine, they impart a number of additional benefits, not the least of which is protection from colorectal cancer. There are a number of ways to increase your fiber intake.

According to Mann’s team, “Foods rich in fiber include whole grains, vegetables, fruit and pulses, such as peas, beans, lentils and chickpeas.”6 Vegetables and fruits are whole foods that should be the backbone of your diet, but there are issues with both grain, including whole grain, and beans, such as those listed.

Yes, lentils are an example of a highly nutritious legume as they contain high amounts of folate, protein, manganese, iron, thiamin and phosphorus. But beans, lentils and chickpeas are also examples of foods that contain lectins that bind to carbohydrates and attach to cells that allow them to wreak havoc as part of the plant’s self-defense mechanism against pests, and have the potential to harm humans.

Steven Gundry, the doctor and author who in recent years has called widespread attention to the problems you can experience when you eat foods with lectins, notes that lectins can trigger uncomfortable physical symptoms similar to those caused by gluten, although in both cases, it depends on your system, and everyone’s system is different.

In addition, beans are high in net carbs, and therefore best avoided due to their toxic or allergenic effects. And that brings us to wheat, which also contains lectins.7 In fact, wheat and other seeds of the grass family, including soy, soy products, peanuts and some nightshade foods such as potatoes, bell peppers, eggplant and tomatoes, are among foods that contain the highest amounts of lectins.

One of the reasons wheat ends up being toxic is that it’s attracted to glucosamine, a monosaccharide found in your joints.8 (You may know that glucosamine, a compound your body produces, is a common supplement many people take to alleviate joint pain, although how glucosamine works should be researched by individuals before beginning a regimen.)9

Anyone with autoimmune conditions such as arthritis, heart disease, obesity, diabetes or thyroid dysfunction, among others, is advised to be careful when eating foods containing lectins. You should at least curtail your intake of lectin-containing foods, Gundry advises.10

Cooking them correctly — read: thoroughly, such as with a pressure cooker, and with lots of water to help rid them of the toxicity — is important to avoid what can result in painful symptoms.

Fortunately, it’s easy to get plenty of fiber in your diet without focusing on grains. Healthy foods with high amounts of fiber include green peas, artichoke, baked sweet potato with the peel intact, spinach, broccoli, Brussels sprouts, cauliflower and many other vegetables.

Additional foods that are also excellent in providing fiber include pears, raspberries, stewed prunes, dried figs or dates (eaten in moderation due to high sugar content), pumpkin, almonds, apples with the skin intact, bananas (also eaten in moderation) and oranges. Organic psyllium seed husk (nonorganic psyllium is typically loaded with pesticides) is another excellent way to optimize your fiber intake.

Benefits From Fiber Are Innumerable, Long-Lasting

When food gets “stuck” in your colon and refuses to leave, it causes a number of issues, not the least of which is pain. Eating a high-fiber diet has been shown to help prevent and alleviate leaky gut, suffered by as much as 80% of the population in the U.S.11 It starts in your small intestine and involves toxins caused by undigested foods, leading to allergies and worse.

Fortunately, few risks are associated with a high intake of fiber, although the featured study noted that people who have low iron or mineral levels who consume fiber in the form of bread, pasta and/or processed foods may further deplete their iron stores. In addition, “the study mainly relates to naturally-occurring fiber rich foods rather than synthetic and extracted fiber, such as powders, that can be added to foods.”12