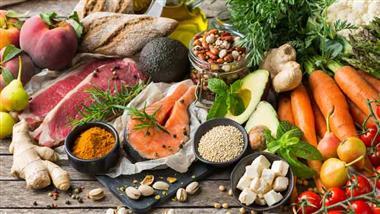 As of March 5, 2020, there were 98,067 reported cases of novel coronavirus infections affecting 88 countries and territories, 80,430 of which were in China. Worldometer.info provides an easy overview of confirmed cases and deaths that you can check for the latest statistics.1 Also, as of March 5, 2020, there were 11 deaths reported in the U.S., 10 in Washington state and one in California.2

As of March 5, 2020, of the 3,356 reported deaths, 3,013 were in China, predominantly in the Hubei Province in and around Wuhan City, which is ground zero for the outbreak. The virus was initially labeled 2019-nCOV before being renamed COVID-19 by the World Health Organization.3

According to bioweapons expert Francis Boyle, whom I interviewed on this topic, the evidence suggests COVID-19 is a weaponized coronavirus4 originating from the Biosafety Level 4 facility in Wuhan City. It’s the first BSL-4 facility in China, and was set up specifically to research coronavirus and SARS.

He describes COVID-19 as a chimera consisting of SARS (an already weaponized coronavirus), HIV genetic material and influenza virus, designed with so-called “gain of function” properties that allow it to spread a greater distance than normal.

It can travel 6 to 7 feet through the air, and some reports suggest the virus can shed that distance from contaminated human feces as well. Others have suggested COVID-19 may involve Prevotella,5,6,7 a bacterium known to cause respiratory tract infections, including pneumonia, and that this may explain some of the observed symptoms and how it can spread through feces.

Bacteriophages — viruses that infect and reproduce inside bacteria, like a parasite — have been implicated “in the progression and maintenance of at least some pathologies, including those associated with protein misfolding,” according to one 2018 paper, which further notes:8

“Here, for the first time, we propose the concept of bacteriophages as human pathogens. We suggest that bacterial viruses have different ways to directly and indirectly interact with eukaryotic cells and proteins, leading to human diseases.”

In a February 2020 paper,9,10 Sandeep Chakraborty, a bioinformatics core member at UC Davis,11 notes that Prevotella “is present (sometimes in huge amounts) in patients from two studies in China and one in Hong Kong.”

He goes on to cite RNA sequencing data12 from Wuhan, China, published January 25, 2020, showing “millions of reads of Prevotella proteins” amid a few thousand COVID-19 viruses. Yet the researchers make no mention of the Prevotella in their paper. Prevotella bacteria was also found in six COVID-19 patients from the same family in Hong Kong.13

“These are the three studies I could find,” Chakraborty writes.14 “But the clinching evidence is the presence of the same integration point of nCov and Prevotella in Study 1 and Study 2.

Moreover, detection of the nCoV can be made very spec[f]ic by looking for a 500bp in the spike protein, which would be a good candidate for vaccine development, protein-inhibition and diagnosis (which was non-specific for SARS in many cases, including the CDC test). And, since this is now DNA, the standard detection tests using RT-PCR, which looks for RNA is having large false negatives.”

While this article was subsequently retracted in spite of Chakraborty’s objections, its points are crucial for analyzing what, exactly, was going on with the evolution of this virus. Indeed, even as the pandemic pushes into its third year, the concept still needs further verification and validation. From a treatment standpoint, it could indicate that antibiotic drugs might be useful as mutations evolve, and for prevention, probiotics, prebiotics and/or sporebiotics might play an important role.

There’s still a lot we don’t know about COVID-19, and if it did escape from Wuhan City’s BSL-4 facility, they’re not giving out any details about it that might help health care workers figure out an effective treatment plan.

While vitamin C treatment is one avenue under investigation, and wearing medical-grade face masks is the route many have taken to avoid infection, taking steps to strengthen your immune function is likely one of your most important prevention strategies. I review several of these strategies below.

February 4, 2020, researchers at Zhongnan Hospital in China announced they would investigate the effectiveness of vitamin C infusion for the treatment of severe COVID-19 infected pneumonia.15

Many of the deaths associated with this viral pneumonia appeared to be due to septic shock,16 and studies suggest were suggesting that high-dose vitamin C infusions could improve outcomes in cases of sepsis17 and respiratory infections.18 As noted in the Zhongnan Hospital’s study description:19

“Viral pneumonia is a dangerous condition with a poor clinical prognosis … Vitamin C, also known as ascorbic acid, has antioxidant properties. When sepsis happens, the cytokine surge caused by sepsis is activated, and neutrophils in the lungs accumulate in the lungs, destroying alveolar capillaries.

Early clinical studies have shown that vitamin C can effectively prevent this process. In addition, vitamin C can help to eliminate alveolar fluid by preventing the activation and accumulation of neutrophils, and reducing alveolar epithelial water channel damage.

At the same time, vitamin C can prevent the formation of neutrophil extracellular traps, which is a biological event of vascular injury caused by neutrophil activation.”

The researchers intended to treat patients with 24 grams of IV vitamin C per day for seven days at a speed of 7 milliliters per hour. The placebo group was going to receive an IV of normal saline.

The planned primary outcome measure was going to be the number of days without ventilation support during 28 days of hospitalization. Secondary outcome measures would have included mortality, ICU length of stay, the rate of CPR required, vasopressor use, respiratory function, sepsis-related organ failure and more.

However, no outcomes were reported, as the study was terminated because “the number of qualifying COVID-19 patients decreased with the control of the epidemic” before they could enroll enough patients to conduct the study.

Dr. Marik’s Sepsis Treatment Protocol May Be a Good Option

Had Zhongnan Hospital been able to complete the study, chances are vitamin C would have imparted some benefit, although Dr. Paul Marik’s sepsis treatment protocol might be an even better option.

Between January 2014 and February 2019, 557 pediatric patients with septic shock met the criteria for inclusion in the study. Forty-three received Marik’s vitamin C-B1-hydrocortisone protocol, 181 received hydrocortisone-only therapy, and 333 received neither of these treatments. The 43 patients receiving the vitamin C treatment were matched based on clinical status with 43 untreated controls and 43 hydrocortisone-only patients.

Essential Nutrition to Protect Yourself Against Coronavirus

As for prevention, nutrition plays a crucial role and several nutrients are known for their immune-boosting properties and ability to ward against viral infections. As reported in a February 24, 2020 press release:26

COVID-19 is around 30 to 60 times more lethal than the typical annual flu. Both influenza and coronavirus cause an inflammatory storm in the lungs and it is this inflammatory storm that leads to acute respiratory distress, organ failure, and death.

Certain nutraceuticals may help to reduce the inflammation in the lungs from RNA viruses and others may also help boost type 1 interferon response to these viruses, which is the body’s primary way to help create antiviral antibodies to fight off viral infections.”

McCarty and DiNicolantonio list several nutrients available in supplement form that may be of particular benefit against COVID-19, including the following (below). For more details about each, see the full-text paper28 published in Progress in Cardiovascular Diseases:

A 2005 study32 in The Journal of Infectious Diseases also found resveratrol has the power to inhibit the replication of influenza A virus, significantly improving survival in influenza-infected mice. According to the authors, resveratrol “acts by inhibiting a cellular, rather than a viral, function,” which suggests it “could be a particularly valuable anti-influenza drug.”

The provisional daily dosage suggestions offered by McCarty and DiNicolantonio to help control RNA viruses, including influenza and coronavirus infection, are as follows:33

The Importance of Vitamin D Optimization

Solar ultraviolet-B radiation and supplemental vitamin D have also been shown to reduce pandemic fatality rates, which makes sense considering how important vitamin D is for controlling infections and lowering your risk for influenza and the common cold.

As detailed in “Vitamin D Prevents Infections,” research shows high-dose vitamin D supplementation lowers the risk of respiratory illnesses and lung infections in the elderly by 40%. As noted by an author of that study, “Vitamin D can improve the immune system’s ability to fight infections because it bolsters the first line of defense of the immune system.”

Research34 published in 2009 pointed suggests fatality rates during the 1918-1919 influenza pandemic were influenced by season, with greater numbers of people dying during the winter than the summer. According to the authors:35

“Deaths during the 1918–1919 influenza pandemic have been linked to both the influenza virus and secondary bacterial lung infections. Case fatality rates and percentage of influenza cases complicated by pneumonia were available from survey data for twelve United States locations in the 1918–1919 pandemic.

Substantial correlations were found for associations of July UVB dose with case fatality rates and rates of pneumonia as a complication of influenza. Similar results were found for wintertime UVB. Vitamin D upregulates production of human cathelicidin, LL-37, which has both antimicrobial and antiendotoxin activities.

Vitamin D also reduces the production of proinflammatory cytokines, which could also explain some of the benefit of vitamin D since H1N1 infection gives rise to a cytokine storm.”

As a general guideline, get your vitamin D level tested twice a year, in the winter and summer, to make sure you’re in a healthy range of 60 ng/mL to 80 ng/mL year-round. (A compelling body of research suggests 40 ng/mL is the cutoff for sufficiency.)

Take Control of Your Gut

Last but not least, should the inclusion of Prevotella bacteria in COVID-19 turn out to be accurate, prebiotics, probiotics and sporebiotics may be of significant use. A number of studies36 have shown Bifidobacterium bifidum strain probiotics can help reduce Prevotella, while Lactobacillus strains tend to increase it.

Sporebiotics may be particularly beneficial. As explained in “How Spore Probiotics Can Help You,” which features an interview with Dr. Dietrich Klinghardt, spore-based probiotics consist of the cell wall of bacillus spores — the protective shell around the DNA and the working mechanism of that DNA — not the whole, live bacterium.

Bacillus spores have been shown to dramatically increase immune tolerance, which means they help repair damage in your intestinal barrier. Since they’re not “live,” they’re also unaffected by antibiotics.

Research has also shown that sporebiotics massively increase reproduction of acidophilus, bifidus and other microbes in your gut via the electromagnetic messages they send out. This is entirely unique. When you take a regular probiotic, they primarily take care of themselves. Bacillus spores, on the other hand, actually enhance many of the other beneficial microbes.

Bacillus spores also create 24 different substances that have strong antimicrobial properties. However, they do not kill indiscriminately like antibiotics do. They specifically suppress pathogens that do make a valuable contribution to the whole.

As COVID-19 continues to take its toll, taking measures to strengthen your immune system would be a wise strategy as a strong immune system is your No. 1 defense against all types of infections, both viral and bacterial, and the nutraceuticals discussed in this article can all aid you in that effort.