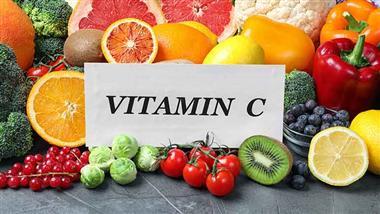 Vitamin C is an essential water-soluble nutrient that’s also known as ascorbic acid. The body uses it as an antioxidant to protect against damage caused by free radicals or reactive oxygen species (ROS). A study1 published in Nutrients revealed that the administration of vitamin C could also help against oxidative stress by protecting the body’s vitamin E stores and promoting utilization.

Most mammals can synthesize their own vitamin C, but humans must get it from their diet. According to Oregon State University,2 it is an essential factor in many enzyme reactions, and several cohort studies have shown that it’s associated with a lower risk of cardiovascular conditions such as stroke, high blood pressure and coronary heart disease.

Studies have suggested that vitamin C may be used alongside other conventional medical treatments to lower the risk of heart injury after cardiac procedures and regular use of a vitamin C supplement can shorten the length of the common cold. Although taking large amounts of vitamin C has not produced any significant toxic effect, one side effect of taking large doses is diarrhea.

A severe deficiency causes a potentially fatal disease called scurvy. Vitamin C was not isolated until the 1930s, but the British Navy began carrying oranges and lemons on board ships to prevent scurvy starting in the 1700s. The current recommended dietary allowance (RDA) is based on the amount needed to maintain minimal vitamin C concentration and prevent scurvy.

Dr. Linus Pauling was the first to identify the importance of vitamin C to human health and today researchers continue to identify a variety of pathways through which vitamin C makes a significant impact on disease prevention and treatment. The 2022 study3 published in Nutrients sought to determine how vitamin C may help individuals with cystic fibrosis.

To date, there are more than 160,000 people worldwide who have cystic fibrosis (CF). This is a genetic condition that is characterized by inflammation of the lungs and airway-blocking mucus buildup. Maret Traber of OSU’s Linus Pauling Institute led the study and commented in a press release, “Cystic fibrosis is a genetic disease that is associated with increased inflammation, and like many inflammatory diseases, it comes with a large amount of oxidative stress.”4

The researchers started with the knowledge that CF influences vitamin E absorption, storage, metabolism and excretion. They hypothesized that it increases the body’s use of vitamin E, which may be influenced by supplementing with vitamin C.

Patients with CF have difficulty absorbing fat and fat-soluble vitamins, such as vitamin E. Traber noted that lower levels of vitamin E in addition to the high oxidative stress environment of CF can increase the inflammatory response in the body.

“This study used vitamin C far in excess of what someone can easily obtain from the diet,” Traber said.6 “One thousand milligrams is the equivalent of 15 oranges or four or five medium bell peppers. But the research does suggest a high dosage may be beneficial in inflammatory conditions.”

In the press release,7 the researchers noted that the benefits from these findings are not unique to individuals with CF. Health conditions where patients typically have problems associated with high levels of oxidative stress may also benefit from the supplementation of vitamin C, and potentially from extra vitamin E.

Vitamin E is a powerful antioxidant that acts against ROS in your body. Unfortunately, many people in the U.S. do not consume enough vitamin E-rich foods, which puts them at risk of deficiency. Vitamin E is found in nuts, seeds, spinach and broccoli.

Vitamin E plays an important role in protecting your skin from sun-related damage, especially when it’s combined with vitamin C.9 An article from Oregon State University’s Micronutrient Information Center discusses many of the functions of vitamin E in the skin and notes that “vitamin E can also absorb the energy from ultraviolet (UV) light. Thus, it plays important roles in photoprotection, preventing UV-induced free radical damage to skin.”10

Natural vitamin E includes a total of eight different compounds and having a balance of all eight helps optimize its antioxidant functions. These compounds are divided into two groups of molecules — tocopherols and tocotrienols.

Synthetic vitamin E supplements typically include only alpha-tocopherol, and research11,12 published in 2012 concluded that synthetic alpha tocopherols found in vitamin E supplements provided no discernible cancer protection while gamma and delta tocopherols found in foods do help prevent colon, lung, breast and prostate cancers. Bear in mind that a supplement will not actually tell you it’s synthetic, so you must know what to look for on the label.

Boosting your vitamin C intake also affects the inflammatory response in the body. Vitamin C is a crucial component of a treatment protocol developed by Dr. Paul Marik, a critical care doctor at Sentara Norfolk General Hospital in East Virginia. The treatment protocol was developed for sepsis, which is a life-threatening condition triggered by a systemic infection that causes your body to overreact and launch an excessive and damaging immune response.

According to a 2011 paper,13 the coagulation system, which is dysfunctional in sepsis, is closely related to the inflammatory response. The communication between the two systems drives the dysregulated response that ultimately results in a very high mortality rate.

Unless sepsis is diagnosed promptly and treated appropriately, it can progress rapidly to multiple organ failure and death. This includes cases of suspected influenza14 since sepsis can mimic many of the signs and symptoms of flu. Although severe sepsis has traditionally been linked to bacterial infections, doctors are seeing more patients with severe sepsis that are caused directly by influenza viruses.

As importantly, the treatment has no side effects and is inexpensive, readily available and simple to administer. In other words, there’s virtually no risk involved. Research published in 202016,17 found Marik’s sepsis protocol lowered mortality in pediatric patients as well.

Utilizing vitamin C in the treatment of sepsis may help lower both mortality rate and cost. Each year an estimated 1.7 million Americans get sepsis, and nearly 270,000 of them die.18

Conventional treatment focuses on high-dose antibiotics. A U.S. government report published in 2016 noted that sepsis was the most expensive condition treated in the U.S., racking up $23.7 billion in health care costs each year.19 By 2022, that had skyrocketed to $62 billion just for treatment and care.20

Marik is also the chairman and chief scientific officer of the Front Line COVID-19 Critical Care Alliance (FLCCC). Marik, along with Dr. Pierre Kory and other international physicians, developed protocols for the prevention, early treatment, hospital treatment and long-haul symptoms of COVID-19. The team found that vitamin C plays a significant role in the prevention and treatment of active infections.21

According to the National Cancer Institute,22 chronic inflammation can increase your risk of DNA damage and lead to cancer. Evidence23 is also growing that inflammation is a critical component of the progression of cancer and the microenvironment of cancer cells is largely orchestrated by inflammation, which fosters the proliferation and migration of neoplastic cells.

The longer the chronic inflammation goes on, the higher the risk of the development of cancer cells and tumors.24 Early studies have suggested that vitamin C could be a candidate for cancer treatment, but researchers are still unsure how cancer cells can uptake or metabolize vitamin C.25

While researchers have looked at high-dose intravenously administered vitamin C for palliative care in patients with advanced cancer,26 other literature reports that cancer patients often have a vitamin C deficiency, which is affected by the tumor or by the treatment, such as chemotherapy, radiation and surgery. Administration of IV vitamin C has ameliorated some symptoms and showed an improvement in quality of life when it’s done alone or in combination with oral vitamin C.

The treatment also appears to mitigate ROS in cancer cells without toxicity.27 One paper28 in the Canadian Medical Association Journal published in 2006 found three well-documented cases of patients who had advanced cancers and unexpected long survival times after they received high dose IV vitamin C therapy.

More recently, in a paper29 published in 2020 by the National Cancer Institute, the writers chronicled the history of vitamin C, including in cancer treatment, and noted that small clinical trials in the past did not show a clear rationale for using vitamin C, but “a growing number of preclinical studies are showing how high-dose vitamin C might benefit cancer patients.” They went on to conclude:30

“Importantly, these preclinical studies provide a clear rationale and potential biomarkers that may help personalize the therapeutic approach and identify patient populations that are likely to respond to high-dose vitamin C therapy. Since the mechanisms of action of vitamin C are becoming better defined, we can propose vitamin C combinations in a more rational, hypothesis-driven manner.

In addition, given the current high financial cost of new cancer drugs, it seems rational to improve the effectiveness of current therapies by studying their clinical interactions with vitamin C. In our view, the implementation of this treatment paradigm could provide benefits to many cancer patients.”