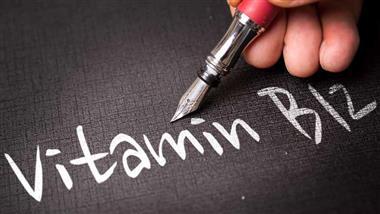 Vitamin B12, also known as cobalamin, is necessary for your body to make red blood cells as well as for proper nerve function and DNA synthesis. Without adequate levels, you’ll experience a number of physical symptoms, ranging from numbness to fatigue, but your mental health can also suffer significantly.

In fact, vitamin B12 is increasingly being recognized as an important tool for combating mental illness — and deficiency, which is common as you age, could be setting you up for depression, dementia, cognitive decline and more.

Vitamin B12 May Help Treat Depression

Vitamin B12 plays an important role in neurological function, and deficiency leads to a number of related changes, including personality disturbances, irritability, depression, dementia and even psychosis. Further, it’s been shown that people with depression and high B12 levels have better responses to treatment.1

In one study of nearly 200 depressed adults, those who received vitamin B12 supplementation along with antidepressants had significantly improved depressive symptoms.2

Specifically, at three months’ follow-up, 100% of those who received B12 had at least a 20% reduction in symptoms, compared to only 69% in the antidepressant-only group. Other studies have found similarly impressive results, including one that found patients treated with 0.4 milligrams (mg) of vitamin B12 a day had decreased depressive symptoms.3

It’s also been observed that up to 30% of patients hospitalized for depression may be B12 deficient,4 while among the elderly with depressive disorders, those with B12 deficiency may be 70% more likely to experience depression. Those researchers went so far as to say that vitamin B12 may be causally related to depression.5

As for why vitamin B12 is so strongly linked to depression, Oregon State University’s Linus Pauling Institute explained a couple of prominent theories:6

“The reasons for the relationship between vitamin B12 deficiency and depression are not clear but may involve a shortage in S-adenosylmethionine (SAM). SAM is a methyl group donor for numerous methylation reactions in the brain, including those involved in the metabolism of neurotransmitters whose deficiency has been related to depression.

Severe vitamin B12 deficiency in a mouse model showed dramatic alterations in the level of DNA methylation in the brain, which might lead to neurologic impairments. This hypothesis is supported by several studies that have shown supplementation with SAM improves depressive symptoms.”

Vitamin B12 also helps regulate homocysteine levels, and increased homocysteine is linked to B12 deficiency as well as depression.7 Homocysteine is an amino acid produced by the body, which in large amounts can increase your risk of heart attacks and strokes. Vitamin B12 works by making sure the homocysteine in your blood is successfully expended by your body.8

B12 Is Protective Against Dementia and Cognitive Decline

B12’s role in the suppression of homocysteine is also one reason why it’s protective of your brain health, since homocysteine tends to be elevated when you have brain degeneration. Having a serum (blood) level of homocysteine greater than 14 micromoles per liter is associated with a doubled risk of Alzheimer’s. As noted in a 2010 paper:9

“Deficiencies of the vitamins folate, B12 and B6 are associated with neurological and psychological dysfunction … In the elderly, cognitive impairment and incident dementia may be related to the high prevalence of inadequate B vitamin status and to elevations of plasma homocysteine.

Plausible mechanisms include homocysteine neurotoxicity, vasotoxicity and impaired S-adenosylmethionine-dependent methylation reactions vital to central nervous system function. In light of this, it is imperative to find safe ways of improving vitamin B status in the elderly …”

B12 is even linked to reduced brain shrinkage. A 2013 study showed that not only do B vitamins slow brain shrinkage, but they specifically slow shrinkage in brain regions known to be most severely impacted by Alzheimer’s disease. Moreover, in those specific areas the shrinkage is decreased by as much as 700%.10

People with Alzheimer’s disease are also more likely to have lower levels of vitamin B12 in the cerebrospinal fluid compared to those with other types of dementia, even when blood levels of B12 were similar.11 Writing in the Indian Journal of Psychiatry researchers further explained:12

“Clinical trials have indicated that Vitamin B12 delays the onset of signs of dementia (and blood abnormalities), if it is administered in a precise clinical timing window, before the onset of the first symptoms.

Supplementation with cobalamin enhances cerebral and cognitive functions in the elderly; it frequently promotes the functioning of factors related to the frontal lobe, in addition to the language function of people with cognitive disorders. Adolescents who have a borderline level of vitamin B12 deficiency develop signs of cognitive changes.”

Neurological Problems Linked to B12 Deficiency in Vegetarians

Vegans or strict vegetarians who abstain from animal products and do not supplement their diet with vitamin B12 will often become deficient and may face increased risks of neuropsychiatric and neurological problems as a result.

When 100 vegetarians were compared to 100 omnivores, the vegetarians had significantly lower B12 levels as well as increased rates of depression, peripheral neuropathy, paresthesias (pins and needles sensation) and psychosis.13

Obsessive-compulsive disorder has also been linked to B12 deficiency (and elevated homocysteine).14 Neurological problems, in particular, are a possibility even at the “low normal” range at or just below 258 picomoles per liter (pmol/L). A level of 148 pmol/L or less is considered a deficiency state. As noted by the USDA:15

“Deficiency can cause a type of anemia marked by fewer but larger red blood cells. It can also cause walking and balance disturbances, a loss of vibration sensation, confusion and, in advanced cases, dementia. The body requires B12 to make the protective coating surrounding the nerves. So, inadequate B12 can expose nerves to damage.”

Vitamins B6, B8 (inositol) and B12 in combination have also been found to be very effective for improving schizophrenic symptoms when taken in high doses — more so than standard drug treatments alone, possibly because schizophrenics tend to have abnormalities in their B12 and glutamate pathways.16,17

Why Vitamin B12 Deficiency Is Common

The only reliable and absorbable sources of vitamin B12 are animal products; however, even meat eaters can be deficient, for a number of reasons. It’s been suggested that nearly two-fifths of Americans may have lower than ideal B12 levels, with 9% deficient and 16% below 185 pmol/L, which is considered marginally deficient.18

“Many people may be deficient at this level,” said Katherine Tucker, formerly with Tufts University in Boston, and who presently leads the Center for Population Health and Health Disparities at UMass Lowell. “There is a question as to what the clinical cutoff for deficiency should be … I think there is a lot of undetected vitamin B12 deficiency out there … It’s not because people aren’t eating enough meat … The vitamin isn’t getting absorbed.”19

B12 is tightly bound to proteins and high acidity is required to break this bond. Some people may not have sufficient stomach acid to separate the B12 from the protein. Advancing age may also diminish your ability to absorb the vitamin from food and increase your risk of deficiency, as may any of the following scenarios:

Signs You May Be B12 Deficient

Symptoms of vitamin B12 deficiency often start gradually and worsen over time, culminating in a variety of physical and mental symptoms, including:

In adults, B12 deficiency can develop in about six years, which is how long it takes to deplete your body’s B12 stores.25 It’s important to be aware of your intake and catch a B12 deficiency early, as impaired brain and nerve development can be very difficult to correct once the damage is done.

The recommended dietary allowance (RDA) of vitamin B12 for adults is 2.4 micrograms (mcg) a day, but there is some controversy over whether this is enough, especially for the elderly.26 You don’t need to worry about overdosing on B12 because it’s water-soluble, so your body will simply flush out any excess.

If you have a minor deficiency, increasing B12-rich foods, such as grass fed beef liver, wild rainbow trout and wild sockeye salmon, in your diet can help, but for more serious deficiency you may need weekly shots of vitamin B12 or daily high-dose B12 supplements.

As for which type of B12 supplement is best, methylcobalamin, which is the naturally occurring form found in food, is more absorbable and your body retains it in greater amounts than cyanocobalamin, the form of B12 found in most supplements.27