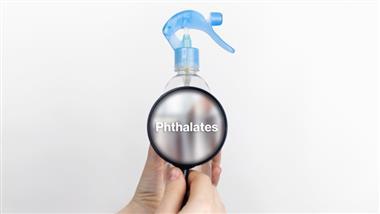 A review published in 20163 showed that there was a significantly increased risk to cardiovascular disease and infertility with phthalate exposure. Despite phthalates having been first introduced in the 1920s and gaining popularity in 1931,4 there are few studies comparing exposure to phthalates with atherosclerosis, arrhythmias, hypertension and hypertension in pregnancy.5

One study6 of 675 individuals with Type 2 diabetes demonstrated a positive association of phthalate exposure with cardiovascular disease in the population. An animal study7 published in 2017 in the American Journal of Physiology found that exposure to phthalate compounds could decrease heart variability and exaggerate arterial pressure.

The scientists believe theirs was the first study to show an association between plastic chemicals used in medical devices with an alteration in heart rate variability, cardiovascular reactivity, and autonomic regulation. These changes, which have been found to precede hypertension, atherosclerosis and conduction abnormalities, may warrant adopting safer materials for use in medical devices.8

The current study, published by researchers from the University of California Riverside, discovered one potential mechanism that may link phthalate plasticizers with dyslipidemia and cardiovascular disease risk.9

Plastic use is ubiquitous and has become a part of modern life. While the products have proven useful, they also contribute to an array of health damage and can increase the risk of cardiovascular disease. However, while the link has been identified, researchers have found the underlying mechanism contributing to the development of heart disease has remained elusive.

According to the Centers for Disease Control and Prevention,10 people are exposed to phthalates by eating foods and drinking beverages that had contact with plastics containing the chemical. You may also be exposed through breathing phthalates; children can be exposed to phthalate-laden dust while crawling on the floor. Their hand-to-mouth activities may raise their risk.

Using a mouse study11 biomedical scientists discovered a link between dicyclohexyl phthalate (DCHP), a chemical used to make plastics more durable, and dyslipidemia and cardiovascular disease. Changcheng Zhou, Ph.D., led the team of researchers. He explained the association in a press release, saying:12

“We found dicyclohexyl phthalate, or DCHP, strongly binds to a receptor called pregnane X receptor, or PXR. DCHP ‘turns on’ PXR in the gut, inducing the expression of key proteins required for cholesterol absorption and transport. Our experiments show that DCHP elicits high cholesterol by targeting intestinal PXR signaling.”

The scientists found that the animals exposed to DCHP had higher levels of ceramides circulating in their blood.13 This is a type of lipid molecule associated with cardiovascular disease risk. The researchers found the higher levels were PXR dependent. Zhou points out that:14

“This, too, points to the potentially important role of PXR in contributing to the harmful effects of plastic-associated chemicals on cardiovascular health in humans.”

Nuclear pregnane X receptor (PXR) is part of the body’s adaptive defense mechanism against foreign chemicals.15 The receptor is activated by several chemicals, including antibiotics, steroids, bile acids and antimycotics.

Using an animal model,16 researchers found that PXR plays a role in controlling metabolism of these chemicals and influences the homeostasis of steroid hormones, such as vitamin D, and bile acids.

It also plays a role in inflammatory bowel diseases. More recent research17 finds PXR negatively regulates fibroblast growth factor 15, which plays an important role in energy metabolism. The researchers postulate that it may “represent a potential therapeutic target for the treatment for metabolic disorders such as obesity.”

Artificial Chemicals Can Increase Your Risk of Obesity

Endocrine disrupting chemicals are among the most destructive in our environment. Evidence links them to growth, neurological and learning disabilities, obesity, male and female reproductive dysfunction, cardiovascular disease, birth defects and some cancers.18

The fact that endocrine disrupting chemicals like phthalates increase your risk of obesity is not new news. Phthalates are described as obesogens, or chemicals that increase your risk of obesity by disrupting lipid metabolism and producing metabolic changes. This is the type of disruption in energy metabolism found in the 2017 study published in Biochemical Pharmacology.19

Circulating levels of phthalate metabolites are related to the prevalence of diabetes and insulin resistance in an elderly population.20 Another study published in 2017 found an association with overweight and obesity in childhood after exposure to certain phthalates in utero.21

There is a common belief that increased calorie consumption and reduction in exercise causes obesity. Yet, this does not completely explain the phenomenon society has experienced. Research in the journal Basic & Clinical Pharmacology & Toxicology showed that people may be predisposed from exposure to obesogens in the womb.22

The interaction between phthalates and PXR is one mechanism that may increase the risk for weight gain. Other studies have documented that these plasticizers and metabolites have biochemical activity and antiangiogenic effects that also contribute to obesity. One paper23 reviewed the evidence linking exposure to phthalates and the possible effects on the development of obesity.

The researchers found emerging evidence to suggest childhood exposure can increase the risk. However, the effects appear dependent on several factors, including the level of exposure, the type of chemical and the time of exposure during childhood development.

Research at the Norwegian Institute of Public Health revealed that more than 9 out of 10 of the participants tested from 2016 to 2017 had eight different plasticizers in their urine.24 The aim of the study was to refine the risk assessment relative to food safety and public health by measuring plasticizers, bisphenols and parabens in participants’ urine. Half had parabens in their urine and more than 90% tested positive for bisphenol A and triclosan.25

The researchers believe that the number of chemicals found in the study was lower than would be measured in the general population since the participants did not appear representative of the general public. For example, no one in the survey smoked and all the participants had a higher education.

The vulnerability to endocrine-disrupting chemicals like phthalates is not limited to obesity and the consequences such as Type 2 diabetes, cardiovascular disease and limited mobility. This mass exposure to phthalates may also be leading humanity to extinction.

In 1992, Shanna Swan, Ph.D., reproductive epidemiologist and professor of environmental medicine and public health at the Icahn School of Medicine at Mount Sinai in New York City, learned about a potential decline in fertility in humans. One study published that year showed evidence for a decreasing quality of semen in the previous 50 years.26

Thinking the conclusion was extreme, she spent six months analyzing and evaluating 61 studies included in this review.27 This led to 20 years of research during which she found the “smoking gun” disrupting human development and reproduction is a class of chemicals called phthalates.

Swan’s book, “Count Down: How Our Modern World Is Threatening Sperm Counts, Altering Male and Female Reproductive Development, and Imperiling the Future of the Human Race,” is based on a 2017 study that found sperm counts dropped by 59.3% from 1973 to 2011.

Swan found something she calls the “1% Effect,” which alludes to the synergistic movements between sperm count, testosterone and fertility dropping, and testicular cancer and miscarriage rising, each at about 1% per year.28 According to Swan, exposure to phthalates in utero is the most sensitive time for development and leads to Phthalate Syndrome.

She confirmed Phthalate Syndrome, which refers to several disturbances to male reproductive development that are observed after exposure to phthalates in utero, in a study published in 2005.29 These changes in sexual development pose a significant threat to human survival.

Phthalates are also damaging babies’ brains. In 2015, a group of scientists, health professionals and advocates for children and the environment formed Project TENDR (Targeting Environmental Neuro-Development Risks).31 In April 2021, the group published a call to action in the American Public Health Association journal32 focusing on the link between phthalate exposure in utero and neurodevelopmental damage.

The paper evaluated the results of 30 studies in 11 countries and found strong associations between exposure to phthalates and hyperactivity, emotional reactivity, defiance, aggression and delinquent behaviors. The study concluded:

“To date Federal regulation of phthalates in the United States has been minimal with several exceptions, including restrictions on 8 phthalates in children’s toys and childcare articles. We strongly urge both federal and state agencies to move rapidly to eliminate phthalate use … states should not wait for the federal government to act, as state action can galvanize federal regulation.”

Because people are exposed to multiple phthalates simultaneously, the report called for regulation of the chemicals as a class and policy reforms to eliminate the chemicals from products that lead to exposure in pregnant women, women of reproductive age, infants and children.

A different study published in Environmental Health Perspectives34 in 2018 showed mothers exposed to the highest levels of phthalates during their second trimester had children who were three times more likely to be diagnosed with ADHD as moms with much lower levels.

And another study35 found a link between children exposed to high levels of phthalates in utero and lower IQ levels by age 7 years. That study concluded:

“… our analysis of the associations between prenatal phthalate exposure and IQ in the early school years showed significant decrements in IQ associated with two specific phthalates. These findings are important to inform policy makers of the potentially harmful effects of this class of chemicals.”

Reviewing the chemicals as a class would also prevent manufacturers from simply swapping one phthalate with another. While industry groups have pushed back due to the “costs” associated with removing the chemicals, some retailers and manufacturers have taken voluntary action to replace them.

For example, Home Depot introduced a policy to restrict phthalates in vinyl flooring and wall-to-wall carpeting and Apple removed the class of chemicals from nearly all its products.36 There are several steps you can take each day to reduce your exposure to phthalates and other plasticizers. These include: