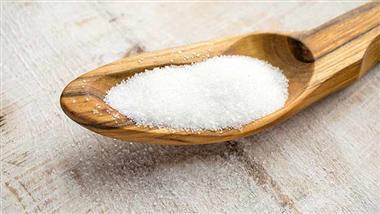 Approved by the U.S. Food and Drug Administration in 1981, aspartame can now be found in close to 5,000 food and beverage products. Worldwide, 3,000 to 5,000 metric tons of aspartame are produced annually, and it’s widely consumed by adults, including pregnant women, and children.1

When you consume aspartame, it’s broken down into aspartic acid, phenylalanine — a precursor of monoamine neurotransmitters — and methanol, which may have “potent” effects on your central nervous system,2 Florida State University (FSU) College of Medicine researchers noted.

Their study, published in PNAS,3 raises more red flags about this synthetic sweetener. It not only linked aspartame to anxiety but suggests the mental health changes may be passed on to future generations.

The FDA’s recommended maximum daily intake value for aspartame is 50 milligrams per kilogram. The FSU study involved mice drinking water that contained aspartame at a dosage of approximately 15% of the FDA’s maximum daily intake for humans. The dose was equivalent to a human drinking six to eight 8-ounce cans of diet soda daily.4

The mice consumed the aspartame-laced water for 12 weeks, which led to “robust, dose-dependent anxiety.”5 “It was such a robust anxiety-like trait that I don’t think any of us were anticipating we would see,” study author Sara Jones said. “It was completely unexpected. Usually you see subtle changes.”6

“The anxiety was alleviated by a single administration of diazepam, a positive allosteric modulator of the GABA-A receptor, consistent with the key role of GABA-A receptors in the regulation of anxiety. RNA sequencing demonstrated significant changes in expression of genes associated with glutamatergic and GABA receptor signaling in the amygdala, a brain region associated with regulation of anxiety.

Perhaps even more strikingly, the anxiety phenotype, its response to diazepam, and changes in amygdala gene expression were transmitted from the aspartame-exposed male founders to their descendants.”

The study shows that exposure to aspartame disrupts gene expression in the amygdala brain region, which plays a role in the regulation of anxiety and fear responses.8 The disruptions persisted for at least two generations.

“What this study is showing is we need to look back at the environmental factors, because what we see today is not only what’s happening today, but what happened two generations ago and maybe even longer,” study co-author Pradeep Bhide, with FSU’s department of biomedical sciences, explained.9

Aspartame’s effects on the brain have been questioned for years. In 2018, researchers with Universiti Sains Malaysia found a connection between neurophysiological symptoms and aspartame, which can elevate levels of phenylalanine and aspartic acid in the brain.10

Elevated levels of these compounds may inhibit the release and synthesis of a number of regulators of neurophysiological activity, including neurotransmitters, dopamine, norepinephrine and serotonin. The researchers explained:11

Neurophysiological symptoms that may be linked to aspartame consumption include:12

Aspartic acid, which aspartame is broken down into, is also thought to act as an excitatory neurotransmitter in the central nervous system. Researchers have proposed since at least 2008 that consuming too much aspartame may cause certain mental disorders and result in “compromised learning and emotional functioning.”13

Caution may be especially warranted during pregnancy. In a study on newborn rats, those that consumed aspartame — via their lactating mothers that had been fed aspartame — experienced problems with development (weight loss) and behavioral changes suggestive of anxiety.14

If you listen to industry front group the International Sweeteners Association, you’ll come away believing artificial sweeteners are not only safe but beneficial for weight management, diabetes and oral health.15 Even health officials and government groups have adopted the rhetoric that swapping sugar for artificial sweeteners is a good thing. As The Guardian reported:16

“Public health organizations around the world have largely accepted the sweetener industry’s claims, particularly when it comes to managing diabetes. One article on the NHS website quotes a dietitian who describes sweeteners as “a really useful alternative for people with diabetes who need to watch their blood sugar levels while still enjoying their favorite foods.””

Yet, a systematic review and meta-analysis conducted by the World Health Organization revealed, “there is no clear consensus on whether non-sugar sweeteners are effective for long-term weight loss or maintenance, or if they are linked to other long-term health effects at intakes within the ADI.”17

In fact, their study found, “There is suggestion of negative health effects with long-term use …”18 Cohort/case-control studies included in WHO’s systematic review revealed a range of concerning effects with artificial sweetener consumption, including increased:19

“In a startling turnaround,” The Guardian noted, “the WHO’s draft guidance stated that non-sugar sweeteners should ‘not be used as a means of achieving weight control or reducing risk of non-communicable diseases’ such as diabetes or heart disease. Suddenly, the whole rationale for sweeteners as a ‘healthy’ alternative looked much shakier.”20

Meanwhile, industry group The Calorie Control Council, whose members include Coca-Cola, PepsiCo and Cargill, said it was “disappointed” in WHO’s findings and continued to insist that artificial sweeteners are useful for managing body weight and blood sugar levels.21

Heart Disease, Stroke Among the Risks

Along with risks to brain health, consuming aspartame (Equal), acesulfame potassium and sucralose (Splenda) puts your heart health at risk as well. In a nine-year study involving 103,388 people, researchers linked the products to cardiovascular disease and stroke.22

Researchers from France studied the detailed dietary records of adults with an average age of 42.23 Specifically, three non-consecutive days (two weekdays and one weekend day) of 24-hour dietary records were assigned at the study’s start and again every six months thereafter. Participants detailed all foods and beverages they consumed during that time, including quantities, brand names and even photographs to validate the recordings.24

The dietary records were further validated using blood and urinary biomarkers. Then, the researchers looked for any associations with cardiovascular diseases, including coronary heart disease and cerebrovascular disease, which refers to disorders that affect blood flow in the brain, such as stroke, aneurysms and vascular malformations.

It’s time to reexamine the widely parroted myth that artificial sweeteners can be part of a “healthy” diet. Their consumption can cause disturbances throughout your body. In research presented at the American Society for Biochemistry and Molecular Biology 2022 annual meeting it was revealed that artificial sweeteners — specifically acesulfame potassium and sucralose — may interfere with your liver’s delicate detoxification process.

The study found that acesulfame potassium and sucralose inhibited the activity of P-glycoprotein, a “defense protein” that’s important for protecting organisms against environmental toxins.28 For comparison, the toxin DDT (dichloro-diphenyl-trichloroethane) has also been found to inhibit P-glycoprotein (PGP), which is one reason why researchers have stated, “Even in small amounts, these contaminants could interfere with the human body’s natural ability to defend itself.”29

To protect your health, avoiding artificial sweeteners is important. In addition to diet beverages, they’re found in thousands of other ultraprocessed products, including flavored yogurts, desserts, snacks and tabletop sweeteners. Even ketchup, salad dressing and medications often contain them.

Once you’ve decided to eliminate artificial sweeteners from your diet, read labels of any processed foods you buy to be sure they’re not hidden inside. If you’re tempted by a sweet craving, try eating something sour, like water with lemon juice or fermented vegetables. Sour taste may help diminish your desire for sweets.

I also recommend learning to use the psychological acupressure technique called the Emotional Freedom Techniques (EFT). When you feel a craving coming on, use EFT to release the unhealthy urge. It’s an excellent tool to overcome the emotional component of food cravings, helping you say goodbye to artificial sweeteners for good.