刘 大卫 2022年11月4日 飲食與健康 -Diet-n-Health
中文版谷歌中文翻譯（90% 準確率) | English translation
Buy/Sell Your Domains Here。在這裡購買/出售您的域名
Contact Dr. Lu for information about cancer treatments。聯繫盧博士，獲取有關癌症治療資訊。
jkzx.com’s comment:  Zinc may help gluten sensitivity and many other sensitivities but that does not means zinc deficiency is the cause of gluten sensitivity.  It is possible that people in the U.S. and many other developed countries have their immunity compromised due to exposure to something and become sensitive or allergic to many other foods such as soy, wheat, peanut.  These food allergies and sensitivities are rare in poor or undeveloped countries.  Think about what is difference in their lifestyle and you might come to understand what could be the possible cause.
jkzx.com 的評論：鋅可能有助於麩質敏感性和許多其他敏感性，但這並不意味著缺鋅是導致麩質敏感性的原因。 美國和許多其他發達國家的人們有可能因接觸某些東西而導致免疫力下降，並對大豆、小麥、花生等許多其他食物敏感或過敏。 這些食物過敏和敏感性在貧窮或不發達國家很少見。 想想他們的生活方式有什麼不同，您可能會了解可能的原因。
Analysis by Dr. Joseph Mercola Fact Checked 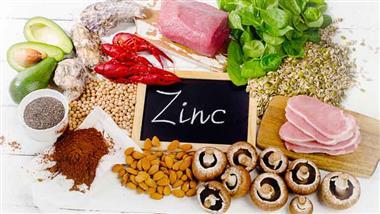 Scientists have been researching several aspects of celiac disease for decades, but in recent years, studies have revealed that adults with specific vitamin and mineral deficiencies, particularly low levels of zinc, are associated with gluten intolerance and the more serious form known as celiac disease.

Celiac disease, aka gluten-sensitive enteropathy, is the result of an immune reaction that takes place when genetically susceptible people ingest gluten, a protein found in wheat, barley, and rye,1 according to a study2 published in the journal Mayo Clinic Proceedings.

One in 141 people in the U.S. reportedly suffer from this condition,3 and its prevalence has increased over the past 50 years.4 Classic symptoms often include diarrhea, fatigue, anemia, weight loss and other problems. One of the first directives doctors give their patients is to explore going on a gluten-free diet.

The researchers in the Mayo Clinic journal article studied 309 men and women between January 1, 2000, and October 21, 2014, with an average age of just over 46, plus or minus 15.1 years. All had been tested and newly diagnosed with celiac. The featured study showed that among the celiac patients, age, sex and body mass index (BMI) and other factors were considered along with individual symptoms, but weight loss was a factor in only 25.2% of the cases.

But most importantly, while several of the noted micronutrients were low in each patient, the zinc deficiency eclipsed them all. In fact, 59.4% of the patients were found to be zinc deficient, and to varying but lesser degrees, deficiencies in the other nutrients, including copper. Dr. Adam Bledsoe, a gastroenterology fellow at Mayo Clinic’s Rochester campus and lead author of the study, noted in a Mayo Clinic news release:5

“It was somewhat surprising to see the frequency of micronutrient deficiencies in this group of newly diagnosed patients, given that they were presenting fewer symptoms of malabsorption …

Our study suggests that the presentation of celiac disease has changed from the classic weight loss, anemia and diarrhea, with increasing numbers of patients diagnosed with nonclassical symptoms.”

The authors concluded that at the time people are diagnosed with celiac disease, a micronutrient assessment, particularly on vitamin D, iron, folic acid and vitamin B12 (cobalamin), should take place, as those seem to go hand in hand with the condition.6

The scientists were intrigued by the symptoms, such as fewer signs of malabsorption than had been prevalent in celiac patients in the past. On average, the subjects were also found to be overweight rather than exhibiting the low body weight and weight loss commonly characterized as a symptom.

Gluten sensitivity attacks the mucosa in your gut, which leads to inflammation. Over time, the inflammation wears away tiny nodules called villi in the small intestine’s lining, a condition known as villous atrophy, which prevents the absorption of zinc, as well as the other nutrients crucial for health. Very Well Health details the implications:7

However, not every case of villous atrophy stems from celiac disease, nor does a wheat allergy. A disorder known as non-celiac gluten sensitivity (NCGS),8 reportedly affecting an estimated 6% of people in the U.S., sometimes involves similar symptoms, such as irritable bowel syndrome (IBS)9 or problems resulting from H. pylori bacteria.10

However, celiac disease can lead to other serious disorders and disease, such as infertility, neurological disorders, other autoimmune disease, reduced bone density and even cancer.11 A 2016 study notes:12

“Interest of patients and physicians in celiac disease is growing worldwide, but without a corresponding increase in the awareness of the disease. Many patients are diagnosed as celiacs even without completing the whole diagnostic process, with consequent risk of misdiagnosis and delay in the evaluation of other diseases.”

Advances in Nutrition outlined the first case of zinc deficiency in the U.S. in 1969.13 The 21-year-old patient suffered from hypogammaglobulinemia (which prevents the immune system from making enough antibodies),14 hypogonadism (a testosterone deficiency),15 giardiasis (a diarrheal disease from a microscopic parasite),16 strongyloidosis (a nematode parasite infection),17 schistosomiasis or snail fever (caused by parasitic flatworms),18 and dwarfism.

Treatment with zinc supplements reportedly improved his growth and development.19 In the same study, in the case of a 2-year-old girl with severe acrodermatitis enteropathica, also known as primary zinc malabsorption syndrome, she was given a drug for the parasites and placed on a “lactose-deficient synthetic diet,” but didn’t improve. Finding her serum zinc concentration to be extremely low, they gave her zinc:

“Surprisingly, the skin lesions and gastrointestinal symptoms cleared after zinc supplementation. When zinc was inadvertently omitted from the child’s regimen, the child suffered a relapse; however, she again completely responded to oral zinc therapy. The authors attributed zinc deficiency to the synthetic diet that the patient received.

The authors, however, soon realized that zinc might have been fundamental to the pathogenesis of this rare inherited disorder and that the clinical improvement reflected correction of the zinc status in the patient. This original observation was quickly confirmed in other patients with acrodermatitis enteropathica (AE) throughout the world.”20

Authors of the featured study noted that copper deficiencies have had a history of coinciding with neurological symptoms. In another Mayo Clinic study in 2014, nine of 44 patients with celiac disease also had neurological symptoms, leading researchers to attribute celiac as the cause.21 The findings are consistent with similar studies around the world, according to the featured study:22

About Zinc: You Need It, but Your Body Can’t Make It

Zinc is the second most abundant trace mineral in your body.23 As important as zinc is, your body can’t store it; it must be consumed daily. It’s essential for the proper function of over 100 enzymes in your body, relating to your brain, bones, kidneys, liver, pancreas and muscle development.

Besides supporting your immune system,24 zinc is important for healing wounds and numerous other functions, including “energy metabolism, hemoglobin production, carbon dioxide transport, prostaglandin function, synthesis of collagen, protein synthesis and vitamin A metabolism.”25 Several symptoms point to a zinc-deficient condition,26 including:

The National Institutes of Health27 lists 22 of the highest sources of zinc sourced from food, with 3 ounces of cooked oysters providing by far the greatest amount with 74 milligrams or 493% of the dietary reference intake (DRI). In the same amounts, beef chuck roast offers 47% of the DRI; and Alaskan king crab nets 43% of the DRI.

However, if you’re very low in zinc, supplementation may be a wiser course until your stores rise to a sustainable level. Zinc deficiency is a worldwide problem, particularly in developing countries, mainly because many people generally ingest less than 10 milligrams (mg) per day,28 when zinc requirements for adult women are 8 to 12 mg per day, depending on your age and whether you are pregnant or lactating, and for men, 11 mg per day.29

One study asserts that babies, children and adolescents, as well as pregnant and lactating women, have increased requirements for zinc compared to most adults, which makes zinc depletion more of a risk, and further, “zinc deficiency during growth periods results in growth failure.”30

If Your Zinc Is Low, Recover It Quickly

While there have been innumerable cases of gluten sensitivity misdiagnosis, it’s clear that if your zinc levels are deficient, raising them quickly is key to avoiding several of the physical problems associated with the condition. Even a mild zinc deficiency can seriously alter your immune system and, with it, your entire body.

Vegetarians are at particular risk because of the absence of meat, which offers high amounts of bioavailable zinc. In addition, though, vegetarians generally consume a lot of beans and whole grains, and both raise lectins while binding zinc and slowing its absorption.31

Because few plants contain zinc, and absorption is often limited, vegetarians may need to consider taking one-and-a-half times the amount suggested for adults. One study notes, “The requirement for dietary zinc may be as much as 50% greater for vegetarians whose major food staples are grains and legumes.”32 In addition:

“If you are newly diagnosed celiac disease you will probably need to supplement with a higher amount of zinc until your levels get up and you are better absorbing nutrients again. Work with your nutritionist to determine how much you might need.”33