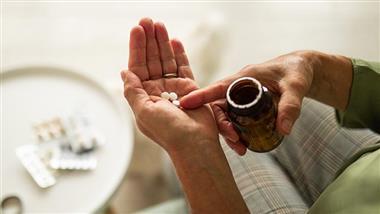 Global pharmaceutical sales rose from $780 billion in 2010 to $1.186 trillion in 2021.1 In that same period, the U.S. market increased from $315 billion to $555 billion. In other words, the U.S. market was nearly 50% of world market sales. When drug sales were compared, the leading pharmaceutical product in 2021 was the COVID-19 vaccine, which generated $37 billion in revenue.

When compared to other large companies, the profitability of the pharmaceutical industry is significantly greater than other public companies.2 In other words, the pharmaceutical industry is big business. They make money when you buy medication and stay on it for the long term. However, there are several drugs that were designed to be taken short-term, but have become long-term staples in the medicine cabinet.

Research published in July 2022 revealed a dramatic rise in adverse drug reactions in the U.K.3 Many of these were related to the high number of medications prescribed to the participants. Overprescribing is known as “polypharmacy,” which has been a growing problem over the last decade as the pharmaceutical industry develops new drugs with the inferred intent of lengthening life through chemistry.

However, as is seen in revenue reports and research into the negative consequences, it appears the goal is growing revenue. If it were better health, the first recommendation would be lifestyle changes in collaboration with established support systems to help you make those changes. Instead, the first step is often a simple prescription, which may come with complicated side effects.

Data4,5 demonstrate that between 80% and 89% of adults aged 65 and older take at least one prescribed medication and 54% take four or more. Adverse effects are common and often drive patients to seek other drugs to control the side effects of the first drug.

Prescription medications are not the only type of drug that can cause challenges with polypharmacy. Over-the-counter (OTC) drugs are those you can buy without a prescription. Drugstore shelves are lined with pain medications, allergy relief, cold preparations, and remedies for gastrointestinal issues.

While you can purchase them without a prescription, OTC drugs can have the same types of drug interactions with prescriptions or other OTC medications. As you consider whether you are taking too many drugs, it is also important to remember that some medications were designed to be taken for the short term and long-term use can lead to their own set of problems.

• Opiates — An investigation of Purdue Pharma and the Sackler family7 revealed the massive rise in opioid sales was due to an orchestrated marketing plan that misinformed doctors about the addictive potential of a drug that is chemically similar to heroin.8

• Acetaminophen (Tylenol) — Long-term use of acetaminophen, the active ingredient in Tylenol, should be avoided as it can damage the liver. Unfortunately, damage doesn’t cause symptoms until it is too late. The FDA10 currently recommends no more than 325 mg per dose related to the potential for severe liver damage.

• NSAIDs — Nonsteroidal anti-inflammatory drugs (NSAIDs) are commonly used to control pain and reduce inflammation, including reducing fever and headache, or to control chronic pain from arthritis or injury.

They have the potential for abuse and addiction with the risk of profound sedation, coma and death, which increases when combined with other sedatives, including alcohol. Withdrawal can lead to psychosis, hallucinations, panic attacks and seizures.

• Antipsychotics — This group of medications is used to treat a variety of mental health conditions, including severe depression, sleep disorders or anxiety. However, the drugs were designed to treat schizophrenia and have limited data on how well they work long-term. Common drugs include prochlorperazine (Compazine), chlorpromazine (Thorazine), and thioridazine (Mellaril).14

• SSRIs — Selective serotonin reuptake inhibitors (SSRIs) are commonly prescribed for depression but have been used for other conditions. For example, fluoxetine (Prozac) is prescribed for anxiety, panic attacks, obsessive-compulsive disorders and some eating disorders.16 The drug changes brain chemistry, so it can increase the risk of suicide. Stopping abruptly triggers withdrawal symptoms since your body develops a physical dependency.17

• Adderall — This stimulant is prescribed for children with attention deficit hyperactivity disorder (ADHD), but today adults are the largest consumers of it, for help focusing their attention at work or school.18 Roughly 2.5 million Americans take the drug, which triggers physical dependence and addiction. Side effects include hallucinations, sleep problems, heart disease and seizures.

• Albuterol — This rescue inhaler for people with asthma can be a lifesaver. When it is overused, it can trigger upper respiratory congestion, increased asthma symptoms, insomnia, aggression and hallucination.19 Instead, long-term, consistent symptom control must be achieved with an oral bronchodilator.

• Nasal spray — OTC nasal sprays for colds and congestion are designed for short-term use. The most common sprays are oxymetazoline hydrochloride (Afrin, Dristan and Sinex) and phenylephrine hydrochloride (Neo-Synephrine).21 When used for more than three to four days, it can trigger tremors, changes in heart rate, persistent nose bleeds and rebound congestion.

• Prednisone — This short-term corticosteroid is used to treat inflammation. However, used for more than a few weeks, it can trigger high blood pressure, muscle weakness, weight gain and diabetes.22 Even when used short term, the drug can produce agitation, mood changes, shortness of breath and aggression.

• Estrogen — This hormone has been used in women’s hormone replacement therapy to ease the symptoms of menopause. However, long-term use increases the risk of breast cancer, vaginal bleeding, blood clots, heart attack and stroke.23

• Diuretics — These are sometimes called water pills since they trigger the kidneys to excrete more water. Long-term use raises the risk of potassium and magnesium deficiency, and a risk of heart failure and death.24

• Heartburn drugs — Many people experience heartburn during their lifetime. Some use medication to suppress the secretion of stomach acid to reduce the symptoms. However, a high acid level is not usually the problem and long-term use can increase your risk of pneumonia, dementia, chronic kidney disease, micronutrient deficiencies, and clostridium difficile infection.25

• Diphenhydramine (Benadryl) — This antihistamine blocks the production of histamine and reduces allergy symptoms. It has a sedative effect, so some use it as a sleeping pill. In a short time, it can trigger physical dependency leading to depression, hallucinations and confusion.26 It also increases your risk of dementia.27

Other Common Medications to Avoid

• Antibiotics — The CDC31 calls antibiotic resistance a “global threat,” which is driven in part by the inappropriate use of antibiotics. Long-term use can adversely affect your immune system and increase the risk of Type 1 diabetes.32 Even one course of antibiotics can trigger an imbalance of bacteria in your gut.33

• Chemotherapy — Chemotherapeutic drugs are used to treat more than cancer, including blood disorders and autoimmune conditions.34 In some cases, low-dose chemotherapy is used long-term to control a health condition. However, the associated risks include secondary cancer, and conditions affecting the bones, lungs, kidneys, liver and gastrointestinal systems.35

• Laxatives — Chronic daily use becomes dangerous as your body develops a dependence on laxatives.36 Chronic use can lead to digestive problems and the bowel can sometimes lose the ability to function properly. Laxative misuse may also be linked to eating disorders or other addictive behaviors.

• Blood thinner — There are an estimated 2.4 million people taking warfarin each year.37 When it is prescribed long-term to prevent blood clots and heart attacks, it increases the potential for bleeding. This can have devastating effects when the bleeding occurs in an organ or the brain.38